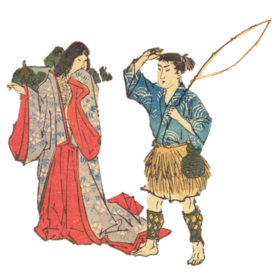 A king had an only son and he loved him as in the light of his eyes, but the prince was always unhappy. He spent whole days looking out to the balcony to look far.
The king asked: “What are you missing?” “What do you have?
– I don’t know, my father, I don’t know either
– You are in love? If you want some girl tell me and I will marry her, she was the daughter of the most powerful king on earth or the poorest peasant!
– No father, I’m not in love.
The King tries again all the ways to distract him! Theaters, dances, music, songs; but nothing was needed and the color of pink disappeared from the prince’s face from day to day. The King put out an edict, and from all over the world was the most educated people, philosophers, doctors and professors. He showed them the Prince and he asked for advice. Those retreated to think, then returned to the King. Majesty, we thought and we read the stars; here’s what you have to do: Look for a man that is happy, really happy in all respect and change the shirt of your son with his.
The same day the King sent ambassadors all over the world to look for the happy man.
A priest was brought to him and the King asked: “Are you happy?”
– Yes majesty
– Would you like to be my bishop?
– Oh, I wish I could, Majesty!
– Go away! Get out of here! I am looking for a happy and happy man of his state; not someone who wants to be better than he is.
And the King began to wait for another. They told him, there was another king his neighbor that he was really happy: he had a beautiful and good wife, a lot of children, had won all the enemies in war and this Country was at peace.
Immediately, the King hopeful, sent the ambassadors to ask him for his shirt
The neighboring King received the ambassadors, and: – Yes, yes, I do not miss anything, but a pity that when you have so many things, then you have to die and leave everything! With this thought, I suffer so much that I do not sleep at night! – And the ambassadors thought it well to go back.
To vent his despair, the King went hunting. He pulled at a hare and thought he had caught it, but the hare, limping, ran away. The King held them behind, and moved away from the rest. In the middle of the fields, he heard a man’s voice singing the falulella. The King stopped: “Whoever you sing like that will surely be happy!” and following the song he slipped into a vineyard and among the rows he saw a young man singing and pruning the vines.
– “Good morning, majesty” said the young man. So early in the country, already?
– Blessed are you, do you want me to take you to the capital? You will be my friend.
– Ah, ah, Majesty, no, I do not even think about it, thank you. I would not change either with the Pope.
– But why, you, such a beautiful young man…
– No, I tell you. I’m happy just like that.
“Finally a happy man!” thought the King. “Young man, listen, you must make me a pleasure.”
– “If I can, with all my heart, Majesty.”
– “Wait a minute,” and the King, who was no longer in the skin of joy, ran to look for his retinue: “Come! Come! My son is safe! My son is safe -. And he brings them to that young man.
– “Blessed young man,” he says, “I’ll give you everything you want! But give me, give me …
– What, Majesty?
– My son is about to die! Only you can save it. Come here, wait! – and grabs it, he begins to unbutton his jacket. All of a sudden he stops, his arms fall. The happy man had no shirt.