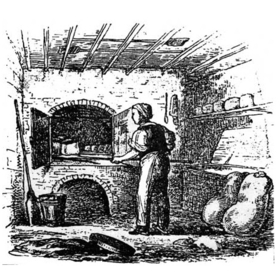 Once upon a time, there was a poor fisherman with three daughter ready to get married. There was a man who wanted to marry one of them but he used to go outside only at night so the people did not trust him. So the major daughter did not want him as husband and the second-born neither; the third daughter accepted.
The wedding took place at night, and as soon as they were alone the bridegroom said to her:” I must tell you a secret: I have been bewitched, and my condemnation is to be a tortoise during the day and to return to man only at night! From this condemnation I can free myself only one way: I must leave my wife immediately after the wedding and go around the world, at night as a man and by day as a turtle; if I come back from the world and I will find my wife who has remained faithful to me and has endured every misfortune for my sake, I will become a man again and forever.”
“ I am ready” said the bride.

The groom put a ring with a diamond on his finger:” On all occasions, this ring will serve you, if you know how to use it for the good.”

The day had come and the groom turned into a turtle; and with his slow pace, he set off around the world. The bride went around the city to find a job, she met a child who was crying and said to his mother:” Give it to me, I will make him stop”
“ Good, you’d be, to shut it up” said the mother “ he’s been crying all day”
“ By virtue of the diamond,” said the bride, “ that the child laughs, dances and jumps!” and he laughed, danced and jumped.

Then she went into a bakery and told the lady who owned it:” Take me to work with you, and you will not regret it.” So they took her to work and she began to make bread, she said:” By virtue of the diamond, make everyone come to buy bread in this shop, until I will work here! “ And right after it began a coming and going in the shop that was no longer finished. Among the people who came for the bread there were also three young men, who, having seen the beautiful bride, fell in love with her. “If you let me spend a night in your room,” said one of the three, “I’ll give you a thousand francs.”
“And I, ” said the other, ” I’ll give you two thousand ”.
“And me three,” said the third.
She got the three thousand francs from the third and in the evening he sneaked him into the shop.
“Wait a minute,” he said, “I’ll put the yeast in the flour, do me a favor : put yourself a moment to knead.
The man began to knead, and kneaded, kneaded, kneaded, by virtue of the diamond could not remove his arms from the dough and continued to knead until day.
“Well, you’ve finally finished!” she told him. “You took some time!”
And he kicked him away.
Then he said yes to that of the two thousand francs, made him come in as soon as dark, and told him to blow a moment on the fire, otherwise it would go out. He blew on the fire, blew on the fire, and by the virtue of the diamond continued to blow on the fire, swollen in the face like a bag, until the next morning.
“ What a way to do! “ she told him in the morning, “ you come and see me and you spend the night blowing in the fire? “ And he chased him away.
The next evening, he let in the last one:
“ I have to put the leaven, ” he told him; “ in the meantime, you go close the door “.
The man closed the door, and by virtue of the diamond the door opens again. Close and reopen, night passed and morning came.
“ Did you close it finally? Well, now reopen it and leave! “
The three men, full of rage, went to report it. At that time, besides the cops, there were also the women-cops who were needed for when a woman was to be arrested. So four women-cops went to arrest the bride.
“ By virtue of the diamond, “ said the bride, “ that these women keep slapping each other until morning “.
And the four women-cops began to slap each other until the faces had two-fingers-sized bruises.
Seeing that the four women-cops were not returning with the arrested person, four cops were sent to look for them. The bride saw them coming and said:” By virtue of the diamond, that these men are jumping to leap, “ and on the instant, one of the cops lowered his back, another put his hands on his back and jumped , and the other two behind, and so they jumped to leap one after the other.
At that moment, with his trotting step, here comes a turtle. It was her husband who came back from the world, and finding his wife, tac! He became a handsome young man again and stayed with her until late age.