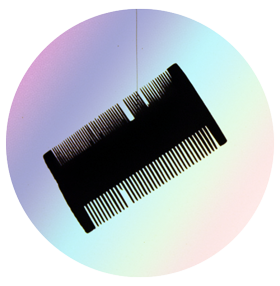 Hasan and Kahraman lived on a farmhouse with their family. There were many horses on the farm. Hasan and Kahraman loved the horses.
Dadaruh was a servant and he took care of the horses.
Everyday, the children watched Dadaruh take care of the horses.
One day, Kahraman would like to comb one of the horses when there was nobody nearby. But Kahraman could not find the comb for the horses anywhere.
Then he found his father’s comb, which the father liked very much.
Kahraman started to comb the horse. But the horse suffered because the comb was new and he did not stand still. Kahraman got very angry.
He threw his father’s comb on the floor and it broke. Kahraman fled from the stable.
The next morning the father found the broken comb. He got very angry. The father asked Kahraman. But Kahraman lied. He pointed to his brother.
The father believed him and punished Hasan. Hasan was not allowed to go to the stable anymore.
After that, Hasan became ill because he was so sad. After one year, Hasan died.
Kahraman always felt bad and had a guilty conscience for the rest of his life.