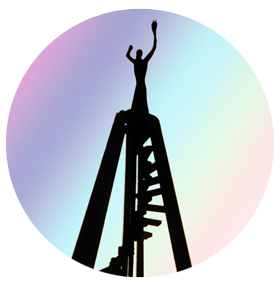 Aphrodite is a goddess in Greek mythology. Hero is one of the nuns of Aphrodite. She lives in a tower on an island.
Love for a man is forbidden for Hero because she is nun.
One day, Hero rowed to the mainland for a ceremony. There she met Leandras.
Leandras was a monk. So love for a woman was forbidden for him. Still they fell in love with each other.
Leandras swam to the island and the tower.
Every night they met in Hero’s tower. Hero lit a torch at the top of the tower so that Leandras could find his way swimimng in the dark .
But one night a strong wind was blowing and the torch went out.
Leandras could not see the island and he drowned. Because the night was dark and the water was cold.
Hero waited all night. The next morning she found Leandra’s dead body on the shore.
Then she went up into her tower and threw herself out of the tower and died.
But they met again in the other world because their love for each other was so true and strong.