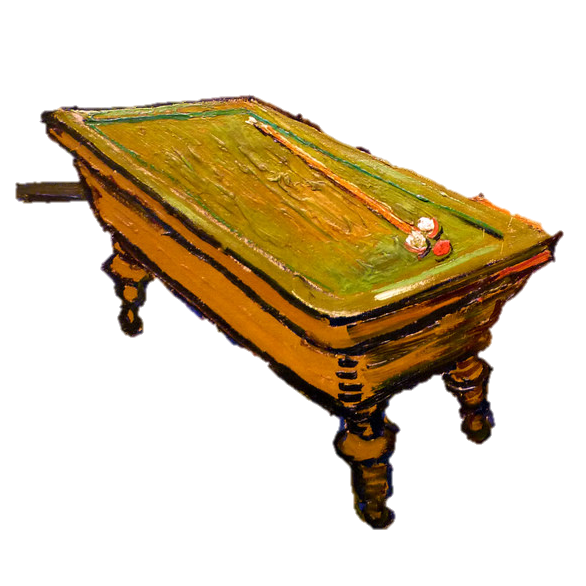 Once upon a time, there was a young man who spent the day in the cafes, and he challenged everyone to the pool table. One day, in a cafe, he met a foreign gentleman:
Let’s play a game of pool? – the young man told him.
Let’s do it.
What do we play?
If he wins, I give you my daughter in marriage, “said the stranger.
They took the game and won the young man.
The stranger said, “Good. I am the King of the Sun. I will soon write to you. And he left.
Every day the young man waited for a letter from the King of the Sun from the postman, but this letter never came. Then he set off. Every Sunday he stopped in a city, waited for people to come out of the Mass, and asked the elders if they knew where the Sun King was. No one knew anything, but once he found an old man who told him:
– What’s up, I know for sure; but where it is, I really could not say.
The young man set off for another week. And finally, in another city, he found another old man coming out of the Mass, who taught him the way to yet another city. He arrived there on Sundays, and when he left Mass he asked an old man if he knew where the King of the Sun was. “Nearby,” said the old man, “in this street, on the right, is his palace. He will recognize it immediately because it is a palace without a door.
And how do you get in?
Mah! Try a little to go to that grove. In the middle of that grove there is a tub, and at noon the three daughters of the King of the Sun come to bathe.
The young man went to hide in the grove. At midday, the three daughters of the Sun King arrive. They undress, dive into the pool and begin to swim. The young man, without being noticed, approached the most beautiful clothes, and took them away from him.
The three girls came out of the water and immediately went to dress. But the most beautiful could not find her clothes.
Come on, we’re ready, “the sisters said,” what do you do?
I can not find my clothes anymore! Wait!
Look for them better. We have to go away. And they left her there. The girl began to cry.
The young man jumped out. If she takes me to her father, I will give her her clothes.
Who is she?

I am the one I won at the pool and I have to marry the daughter of the Sun King.
The two young men looked at each other and fell in love with each other. The girl said: – You must marry me. But look, my father will put a blindfold in your eyes and make you choose between us. To recognize me you must touch our hands. I have a stubby -. And he let him in, in the palace of the Sun King.
I’m here to marry your daughter, “the young man told the Sun King.
Well, you’ll marry her tomorrow, “said the Sun King,” now choose which one you want from the three. ” And he had him bandaged.
The first entered. He touched her hands and said, “I do not like this.
The king sent him the second one. The young man touched her hands and: – I do not like that either.
The third came. The young man made sure he had the stubby finger and said, “I want to marry this one here.
Weddings were made and the newlyweds had a room for them in the palace. At midnight, the bride told him:
Look, you just have to tell me that my father is trying to get you killed.
“And we run away,” he said.
They got up early, took each a horse and ran. The king also got up, went to the newlyweds’ room and found them no more. He went into the stable and saw that he was missing the two most beautiful horses. Then he sent a troop of cavalrymen to pursue and arrest the couple.
As the bride and groom galloped away, the daughter of the King of the Sun heard a rattle behind them, and she turned and saw the troop of soldiers advance. He took off the comb from his hair and stuck it on the ground. The comb turned into a wood. And in the woods there was a man and a woman who uprooted tree logs.
The soldiers asked him: – Have you seen the daughter of the Sun King pass with her husband?
And the man and the woman replied: – We are behind tearing the logs; when it’s night, let’s go home.
And the soldiers: – We said if you saw the king’s daughter and her husband pass by!
And those two: – Yes, when we have filled a cart, we leave.