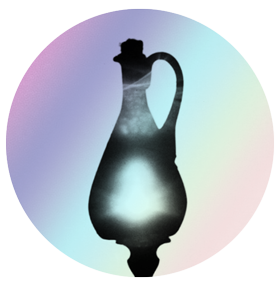 There was a country far far away. In this country they had a habit of taking their old people that were too weak to work anymore out into the desert and leaving them there.

There was a young man who had realised that it was time for him to take his old father out to the desert, but he always postponed the trip to the next day, and then to the next day and so on.

Eventually he could not postpone it anymore. He took his old father on his back as he was too weak to walk and set of. He walked for many hours but the sun was very hot and finally he had to rest.

He sat his father down on the sand and sat down on a stone.

After a little while his father started to laugh. The young man was very surprised. Why do you laugh, this is all very sad.

I laugh because I suddenly remembered that I sat on that very stone and rested, just like you do, when I took my father out into the desert.

The young man could not go on. He took his father on his back and returned home. He hid his father in his attic. He brought him food and had long talks with him in the evenings.

One evening the young man was deep in his own thoughts and the father asked him what bothered him.

The king is sending a big party of young men out into the desert to find the well of eternal life. And I have no idea how we can do this. It seems impossible.

The father was silent for a long time. Then he said: build a box big enough for me to stay in and bring me on your journey. Go to the market and buy a sack of water melon seeds and buy two living fish.

The next day the Young man did everything his father had told him.

When the party left the town with large supplies of food and water the young man brought two extra horses one loaded with a big wooden box, the other with three big sacks, two containing the two fish in water and one the seeds.

They travelled for many days and rested at night. One night the father in the box whispered to his son that it was time to plant the seeds.

One fish immediately died. Everyone in the party was impressed by the wisdom of the young man. They filled a bottle for the king with the water from the well of eternal life and started their way back. But now they were running out of both food and water. One day they saw a field with watermelons. They all praised the young man. And they safely returned home. The king was pleased. He thanked the whole party.

The young man went home and again he carried his father up to the attic.

Late at night he was called to the kings palace. The young man was scared.

Maybe someone had found out about his old father and the king would punish him. But the king received him with great dignity.

I have heard that you are a very wise young man, tell me how did you get this idea of the two fish and all the seeds. The young man was astonished. He was quiet for a while. Then he said, your majesty, you can send me to jail, or even condemn me to death for I have committed a crime. And he told the king everything. The king was silent.

Then he smiled: Young man what you have done is much better then a bottle of water for eternal life. I will pour that water into the sea. From now on, no one shall be carried out into the desert. We shall respect our elders and learn from their wisdom just like you have done. 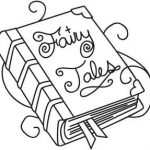