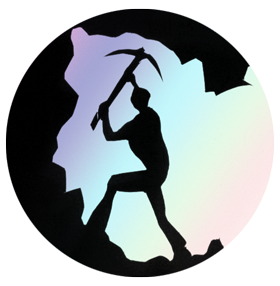 A long time ago, in a town called Tisphon, there lived a man and a woman.
His name was Farhad and her name was Shirin.
Shrini was a princess but Farhad was a poor man. They loved each other, but they could not get married, because Shiran was of royal birth. Farhad gets an ultimatum; if he manages to carve a tunnel into a large mountain and bring water to the city from a well, then he could marry Shirin. He took his pick and went to the mountain and began to hack through it. As the rulers learn that Farhad procceeding succesfully, they send a hag to Farhad to tell him that Shirin was dead. He then became so desperate that he threw his spade high into the air. It fell on his head and he died. When Shirin sees her beloved dead she rushes to a cliff and throws herself off to her death.
The love between Shirin and Farhad is immortal. The mountain is found in Iran. It’s called Biston.