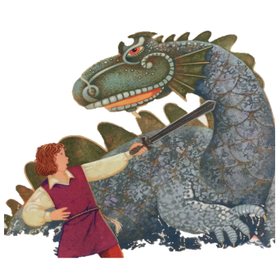 A long time ago, a man went to the river bank to have a drink of water. As soon as he put his mouth on the water to drink, a crocodile took it to his home on the bottom of the river. This house was dry. There was no water inside. The crocodile brought inside the man.
The man remained there. He could not get out of it because the doorway was full of little fish, which when he tried to get out, they shouted. The crocodile heard them come running, wherever it was. The man, seeing that the crocodile was coming, fell to the ground and seemed desperate.
One day the crocodile went to a far place. The man, taking courage, jumped out of the house. First he found himself underwater. When he reached the surface he took a huge breath. He also had a lot of trouble. Floating on the water surface. He reached the earth. He sat down for a while.
He got up when he rested. Set off. Travel. But he did not know that wells had been dug in front of him. The openings of the wells were covered. They looked like the rest of the land. Going forward, the man fell into a well.
An elephant came and he fell into the same well too. It fit firmly in the middle of the well. Then the man found a small space next to the elephant. He put his nose on it, he could breathe. So he did not die.
People, hearing the elephant’s scream in the middle of the village, ran. They arrived. They jumped in, cutting off pieces of the elephant. They chopped up the whole elephant. The man had remained on the bottom of the well all the time. His body was very red throughout the blood.
When people had finished peeling the elephant, the man called: <<Children! Oh, men! Give me your hand >>. People refused. They said: << Is not he an ogre? >>. They went away.
A man returned. He said: << Are you a person, you at the bottom of the well, or are you an animal? >>
<< I am a person >>, was the answer.
The man knew from the voice that a person was speaking. He went to the bottom of the well. He took out the person. He took it to the river. He had a bath. He took it to his house and massaged it with warm water. This person’s body was soon well. He did not go to other places anymore. He lived with the man who had pulled him out of the well and they were friends. 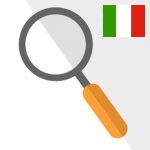