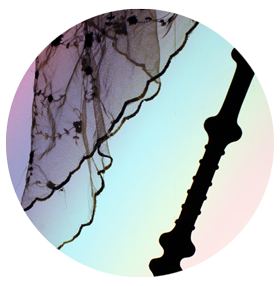 There was once a poor widow who lived with her son.
One day the mother wanted to bake. She asked her son to go out into the stable and get the last flour. He did so, but on the way back the North wind came and blew away all the flour. The boy went in and told his mother. ”Then you have to go to the North Wind and demand to get the flour back,” she said. And the boy went. The road was long but at last he came to the north wind.
– ”I can’t give you flour, but you can get something else. Take this cloth, put it on the table and say: Table be set! And you will never be hungry again!”

The boy thanked and went happily home, but halfway he got tired and hungry. He saw an inn and went in! He asked for somewhere to sleep, but didn’t want anything to eat. He took the tablecloth and put it on a table and said, “Table be set! “And immediately, the table was full of the most delicious food you could imagine. The boy ate. He also invited the host and the hostess and the other guests. Then he went to bed. The innkeeper said to her husband: “Imagine if we had such a cloth, then we would not have to cook anymore.” And she sent her husband to replace the boy’s cloth against a regular tablecloth.
The next day the boy came home and told his mother: “Now we will not starve again or go to bed hungry!” He laid the innkeeper’s tablecloth on the table: “Table be set!”
But nothing happened, and the mother sighed and said, “You’re a stupid boy, the wind has tricked you.”
The boy got angry and went to the North Wind to complain.
The North Wind gave him a goat: “Pull the goat by the tail and he will give you as much gold as you need.” The boy thanked him and went home with the goat. When he came to the inn he went in, asked for food and a place to sleep. When he had finished his meal, he pulled the goat by his tail and out came a gold coin! He paid and went to bed.
That night, the inn couple exchanged the goat against one of their own goats.
In the morning, the boy continued home. The mother was not happy, the only thing that came out of the goat was a pile of goat droppings in the middle of the kitchen floor!
The boy returned to the North Wind and this time the wind gave him a stick.
Say, “Stick! And the stick will beat anyone who deserves it.” He also advised the boy not to sleep with both eyes closed!
When the boy once came to the inn and asked for a place to sleep and held the rod in a firm grip, the inn couple were curious, they found a similar stick and in the middle of the night they sneaked into the boy’s room to change the stick! They had barely touched the stick when the boy shouted, “Stick!” The stick danced on the innkeepers backs until they confessed what they had done and promised to give back all the boy’s gifts.
Now the mother was both surprised and very happy when the boy came home with both tablecloth and goat! The stick was a secret the boy kept to himself.